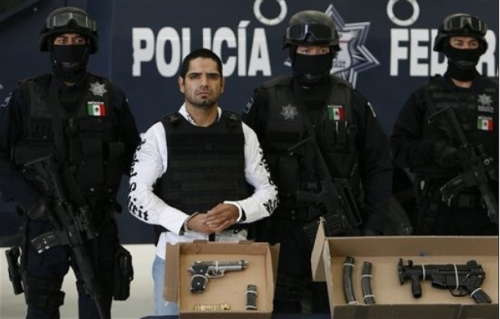 Department of Justice
Office of Public Affairs
FOR IMMEDIATE RELEASE
Thursday, April 5, 2012
Juarez Drug Cartel Leader Pleads Guilty to Charges Related to U.S. Consulate Murders and Is Sentenced to Life in Prison
Defendant Admits to Directing or Participating in More Than 1,500 Murders since 2008

WASHINGTON – The Juarez Drug Cartel’s leader in Juarez and Chihuahua, Mexico, pleaded guilty today in El Paso, Texas, and was sentenced to life in prison for his participation in drug-trafficking and numerous acts of violence in connection with the Barrio Azteca gang, announced Assistant Attorney General Lanny A. Breuer of the Justice Department’s Criminal Division, U.S. Attorney Robert Pitman for the Western District of Texas, FBI Special Agent in Charge Mark Morgan of the FBI’s El Paso Office and Administrator Michele M. Leonhart of the U.S. Drug Enforcement Administration (DEA).

“As the leader of La Linea’s enforcement wing, Mr. Acosta-Hernandez directed a reign of terror,” said Assistant Attorney General Breuer.  “Today’s guilty plea and sentence are a significant step in our effort to bring to justice those responsible for the consulate murders, and it would not have been possible without the extraordinary assistance of our law enforcement partners in Mexico, including Attorney General Marisela Morales Ibáñez.  We are determined to hold accountable those individuals who committed the consulate murders, and to dismantle the dangerous criminal enterprise that fueled these and many other tragic and senseless acts of violence.  Gangs and other criminal organizations that threaten public safety on both sides of the border are on notice that we are working more closely than ever with our Mexican counterparts to shut them down.”

“This plea represents the culmination of a virtual textbook example of cooperation among law enforcement agencies, both in the United States and in Mexico, to hold accountable those at the highest level of the drug trafficking trade,” said U.S. Attorney Pitman.  “We will continue to work together with our counterparts in Mexico to target those responsible for the heinous crimes associated with cartel activity.”

“This investigation exemplifies the FBI’s commitment and that of our federal, state, local and international partners to investigate and prosecute individuals and organized criminal organizations who commit violent acts and other crimes impacting the U.S. and our border area with the Republic of Mexico,” said Special Agent in Charge Morgan.  “The joint effort included the participation of USM Service, CBP, DEA, HSI, DOS, Texas DPS, El Paso Police, El Paso County Sheriff’s office and our Mexican partners.”

“Acosta-Hernandez is a cold blooded murderer with no respect for human life or the rule of law,” said DEA Administrator Leonhart.  “His violent and deadly actions were put to a stop due to the combined efforts of U.S. law enforcement, and the will of the Mexican government. Together, we will relentlessly continue our pressure on the Mexican cartels and gangs that carry out violence on both sides of the border.”

The third superseding indictment, returned on March 2, 2011, alleged that Acosta-Hernandez was an associate of the Barrio Azteca (BA), a violent street and prison gang that began in the late 1980s and expanded into a transnational criminal organization.  According to information presented in court, the BA formed an alliance with “La Linea,” which is part of the Juarez Drug Cartel and is also known as the Vincente Carrillo Fuentes Drug Cartel or “VCF.”  The purpose of the BA-La Linea alliance was to battle the Chapo Guzman Cartel and its allies for control of the drug trafficking routes through Juarez and Chihuahua.  The drug routes through Juarez, known as the Juarez Plaza, are important to drug trafficking organizations because they are a principal illicit drug trafficking conduit into the United States.

For example, Acosta-Hernandez admitted that on Jan. 30, 2010, he ordered hit-men in his organization to kill members of the opposition that were sighted at a daytime birthday party at a home in Juarez.  As part of this incident, 16 individuals were killed and 10 individuals were wounded at three different residences in Juarez.  On July 15, 2010, Acosta-Hernandez directed a car bombing in Juarez that ultimately killed four people.

Acosta-Hernandez admitted that his purpose for engaging in these violent attacks was, in part, to protect and enhance the La Linea-BA alliance’s importation of heroin, cocaine and marijuana into the Western District of Texas and elsewhere, and ultimately to make possible the distribution of those drugs in the United States.  Acosta-Hernandez admitted that he knew that the La Linea-BA alliance earned millions of dollars in drug trafficking profits each year.  He also knew that these profits were reinvested into the organization to purchase additional drugs to import into the United States and/or to purchase weapons, ammunition or supplies to continue fighting enemies of La Linea and the BA.

During the guilty plea hearing, Acosta-Hernandez also pleaded guilty to charges relating to the triple homicide of Enriquez, Redelfs and Salcido, based on his leadership position within La Linea and association with the BA.  According to information presented in court, on March 13, 2010, Enriquez, her husband Redelfs, and Salcido, the Mexican national husband of a second U.S. Consulate employee, were shot and killed by other BA members in Juarez in separate but related incidents.  According to information presented in court, on March 13, employees of the U.S. Consulate hosted a child’s birthday party in Juarez.  Salcido was shot and killed in his vehicle as he left the party.  His three children also were in the car and sustained minor injuries.  His wife, a Mexican national employee at the U.S. Consulate, was following Salcido in a separate vehicle and was unharmed in the attack.

At approximately the same time, U.S. citizens Enriquez and Redelfs left the same party and were shot and killed in their vehicle.  Enriquez was four months pregnant at the time of the shooting.  Enriquez’s and Redelfs’ nine-month-old daughter also was in the vehicle but was unharmed.

During the hearing, Acosta-Hernandez acknowledged that Salcido, Enriquez and Redelfs were murdered by members and associates of the BA to further the gang’s racketeering activities.  Acosta-Hernandez admitted that at the time, under his leadership as VCF’s plaza boss and coordinator of enforcement actions with the BA in Juarez, La Linea and the BA had agreed to unite and commit murders to further their criminal enterprise.

A total of 35 defendants were charged in the third superseding indictment and are alleged to have committed various criminal acts, including racketeering, narcotics distribution and importation, retaliation against persons providing information to U.S. law enforcement, extortion, money laundering, obstruction of justice and murder, including the 2010 Juarez consulate murders.  Of the 35 defendants charged, 32 have been apprehended; 23 of those defendants have pleaded guilty, while seven others are pending extradition from Mexico.  U.S. and Mexican law enforcement are actively seeking to apprehend the three remaining fugitives in this case, including Eduardo Ravelo, an FBI Top Ten Most Wanted Fugitive.  Trial against Ramon Renteria, aka “Spooky,” is scheduled to begin in El Paso on May 18, 2012. 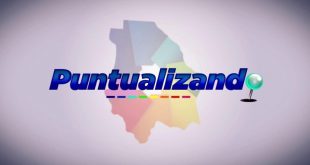 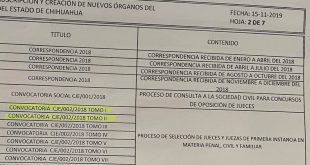 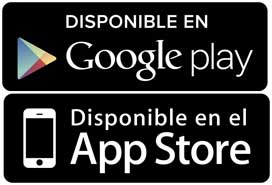